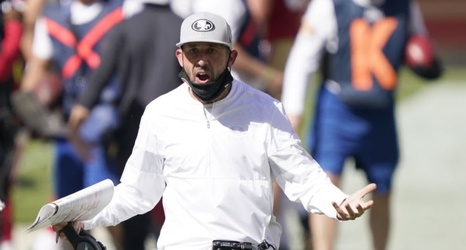 The SF 49ers looked like a bottom-five team in their 43-17 Week 5 loss to the Dolphins, prompting questions on who bears the most blame.

It’s painful to invoke memories of the SF 49ers‘ 2016 season under one-and-done head coach Chip Kelly. But the Niners’ 43-17 Week 5 home loss to the previously one-win Miami Dolphins sure felt like a Kelly-era game for San Francisco.

And for all the wrong reasons.

Granted, that year’s 49ers squad lacked talent across the board, not entirely unlike an injury-riddled San Francisco squad under head coach Kyle Shanahan in the first half of 2020.