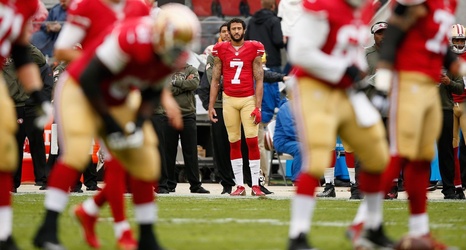 Former 49ers defensive lineman Solomon Thomas is quietly having the best success of his career in his first season with the Las Vegas Raiders. Despite playing less than half of the Raiders defensive snaps this season, Thomas has already racked up ten quarterback pressures and 2.5 sacks. After struggling to generate consistent pressure throughout his career in San Francisco, he seems to have found success in a new situation.

Thomas was the first player drafted during Kyle Shanahan and John Lynch’s tenure with the 49ers. However, with a significant rebuild ahead of them, the 49ers decided to ignore the top quarterback prospects in that year’s draft (Mitchell Trubisky, Patrick Mahomes, and Deshaun Watson).