Tom Brady to the 49ers? His ex-teammate thinks so. 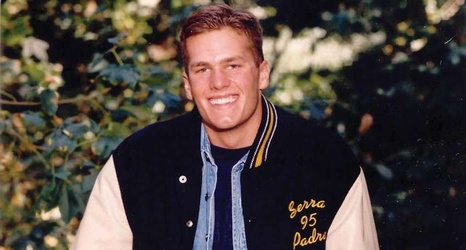 Legendary quarterback Tom Brady grew up San Mateo and was a die-hard fan of the San Francisco 49ers growing up, so could he be planning to come back to the Bay Area to end his NFL career?

His former teammate, Chris Long, opined as much in a guest column for Sports Illustrated on Tuesday. Long, who played for New England in 2016, wrote that the only team Brady would leave the Patriots for is the 49ers.

In the column, Long pointed to a clause in Brady's new contract with the Patriots that gives him the ability to become a free agent after the upcoming NFL season.