The 49ers have the third-longest streak in the NFL without a 1,000-yard rusher 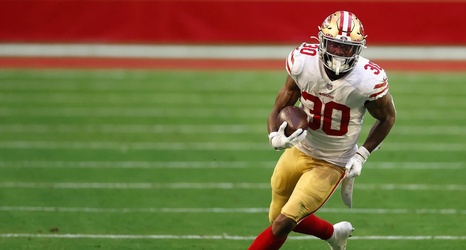 When you think about a successful Kyle Shanahan offense, the first thing that comes to mind is running the ball. The high-flying ‘16 Falcons offense finished fourth in rushing DVOA at 2.4%. The ‘19 Niners finished seventh at 0.5%. Go back to Robert Griffin III’s rookie year when Alfred Morris ran for over 1,600 yards, and Washington was his best unit as they finished third in the NFL with an impressive DVOA of 11.6%.

The injury bug has bit the 49ers at every position imaginable, but we often forget how often it’s hurt the team at running back.