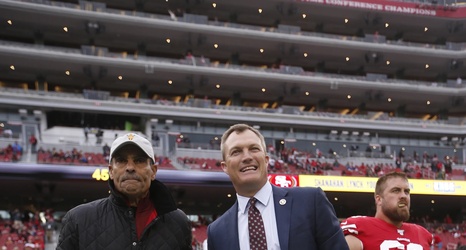 My series of player profiles from the 49ers 2022 draft/UDFA class continues, this time around focusing on Arizona State center Dohnovan West. This is a player who many projected to be selected in the middle rounds but who shockingly ended up going undrafted before signing with San Francisco as a free agent.

West is a player who appears to be tailor-made for the 49ers' offensive scheme. He enters a situation where they may be a vacancy sooner rather than later, given the uncertainty surrounding the future of incumbent center Alex Mack.

To gather some more insight on West and the kind of player and person the 49ers can expect from him, I spoke with Arizona State Head Coach Herm Edwards.