Sherman on Tim Ryan’s comments: There was truth in what Ryan was saying, but word choice could have been better 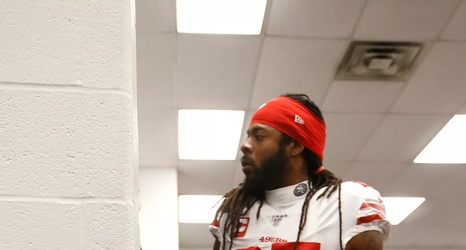 Many of you have asked/commented on why we haven’t talked about this. At first, I had zero interest in covering this “story” for obvious reasons. San Francisco 49ers radio announcer Tim Ryan was suspended for comments he made about Lamar Jackson. Ryan said, “he’s really good at that fake, Lamar Jackson, but when you consider his dark skin color with a dark football with a dark uniform, you could not see that thing.”

I wasn’t interested in opening this can of worms because it could take us down a rabbit hole that nobody wants to get to.