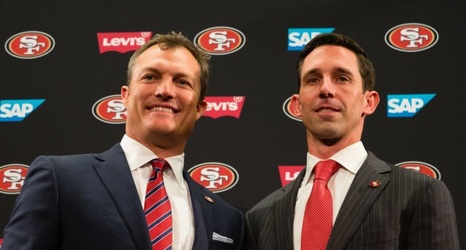 When the SF 49ers signed general manager John Lynch and head coach Kyle Shanahan to long-term contracts by CEO Jed York, it had followed a series of coaching hires that were one-year failures with Jim Tomsula and Chip Kelly.

It seemed to be an admission by York he had failed to deliver any semblance of what former iconic team owner Eddie DeBartolo had built in the 1980s and 1990s.