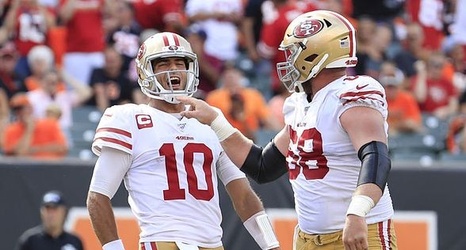 The San Francisco 49ers have had exactly the start to the 2019 season that many hoped that they would. In fact, after two weeks, the 49ers sit with a 2-0 record and have likely exceeded most people’s expectations.

After a dominant defensive performance against the Tampa Bay Buccaneers in Week 1, the 49ers traveled to Cincinnati to take on the Bengals in Week 2. And 49ers fans were witness to yet another dominant display — this time from both their offense and defense.