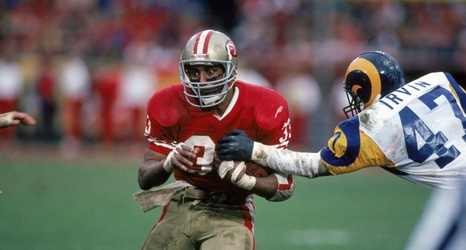 Roger Craig and Cliff Branch, two of the most overlooked stars from their respective 49ers and Raiders playing days, missed the cut for the Pro Football Hall of Fame’s Centennial Class that was announced Wednesday morning.

Each was among 20 former players who were senior finalists, of which 10 were selected, along with two coaches and three contributors, one of which was former NFL commissioner Paul Tagliabue.