Richard Sherman speaks on his injury, and the state of the 49ers secondary 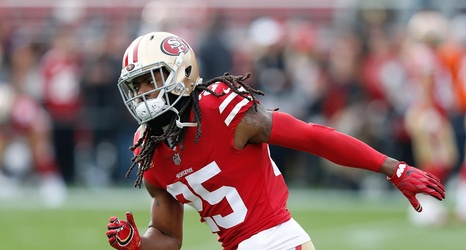 There’s value in player interviews. It eliminates the conjecture from the media side of things. By now you know that San Francisco 49ers cornerback Richard Sherman is not one to bite his tongue. Knowing Sherman is candid, I tend to take what he says with a more than a grain of salt. So if he says he’s hurt, he’s hurt. If Sherman is impressed by a player, that’s probably not just a teammate gassing someone up. More than likely that player has been playing well.

Here’s Sherman talking about the difference in his movements from this year compared to last year.