Richard Sherman has quieted down with the 49ers, but his impact has been just as loud 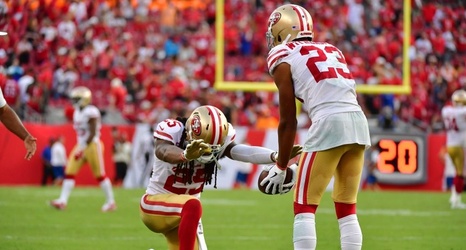 Richard Sherman’s reputation precedes him. Boastful and boisterous. Passionate. Dedicated. The man can play a little football, too.

So when Ahkello Witherspoon, who, like many cornerbacks to come of age this decade, modeled his game in part after Sherman, there were no surprises when they finally became teammates last season.

“You can’t even put a number on the type of impact he’s had,” Witherspoon said. “Seeing him across from you in the huddle when you’re getting ready to play, there’s something about it. It brings a confidence. It elevates your game.”

Sherman, a renowned scholar of the game, has taken Witherspoon and the rest of the 49ers cornerbacks under his wing.