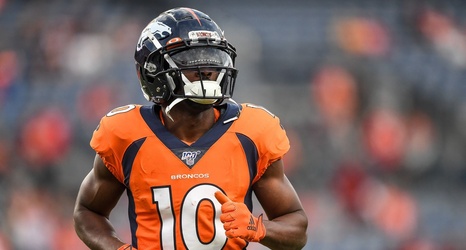 The San Francisco 49ers inquired about Emmanuel Sanders, and now the Denver Broncos are expecting him to be traded. 9News Broncos beat writer Mike Klis reports that the Broncos expect to trade Sanders before the deadline next Tuesday.

It’s important to note that while the Broncos expect to trade Sanders, there are no suitors named, much less anything having to do with the 49ers. Reports have come out that the 49ers are interested, but the Broncos told them that he was not available. Either the Broncos have another team in mind they are working on a deal with, the initial report was inaccurate, or they had a change of heart over the weekend.