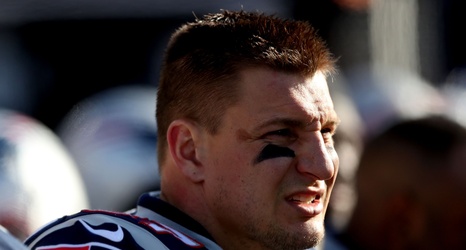 Yes, the San Francisco 49ers could use another tight end during the 2019 offseason. But not necessarily an All-Pro impact-type player. They already have one, George Kittle, who set records last season.

Heading into 2018, however, no one knew Kittle was going to have a record-setting year. So it certainly piqued fans’ collective interest when reports surfaced the New England Patriots were strongly considering trading four-time All-Pro tight end Rob Gronkowski to San Francisco.

Back in June of 2018, Sports Illustrated’s Albert Breer reported such on the Colin Cowherd Show (h/t Doug Williams of NBC Bay Area), saying:

I don’t think they were shopping Gronk to the entire league.