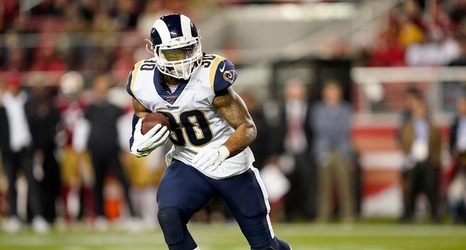 Another big NFC West name is on the move. The Los Angeles Rams announced Thursday that they have released running back Todd Gurley.

The Rams have RELEASED Todd Gurley

While the name might come as a shock, the timing doesn't. Gurley was due an additional $10.5 million if he was still on the Rams' roster past 1 p.m. (Pacific). He was officially released less than 20 minutes before the deadline.

Rams are releasing RB Todd Gurley, per source. Cutting him today spares the Rams from having to pay him an additional $10.