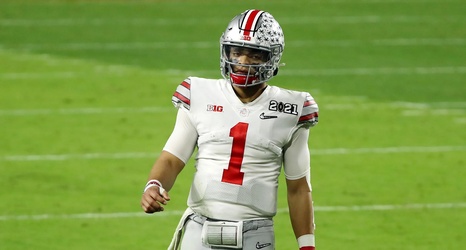 We are officially two weeks away from the 2021 NFL Draft, which is when we will finally get the answer on who the San Francisco 49ers will select to be their QB of the future.

Ohio State’s Justin Fields threw in front of Kyle Shanahan and John Lynch on Wednesday, while North Dakota State’s Trey Lance will show his stuff to the Niners’ brass on April 19.

Some NFL Draft pundits think San Francisco will take Alabama’s Mac Jones, while others aren’t convinced the 49ers would have traded all of that capital to select a prospect like Jones.