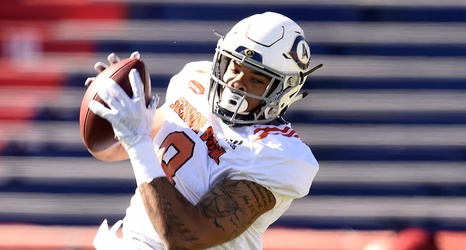 The San Francisco 49ers through some terrible injury luck last season. The team had the second most man-games lost to injury out of any NFL squad over the past 20 seasons. The Niners’ total adjusted games came out to 166.6, per Football Outsiders. Only the 2016 Chicago Bears had a higher total than San Francisco, with 171.6. The Bears went 3-13 that season.

One of the players San Francisco sorely missed last season was receiver Deebo Samuel. The 25-year-old suffered a Jones fracture last offseason that kept him out of the first three games.