Panthers QB Kyle Allen to start against the 49ers next Sunday 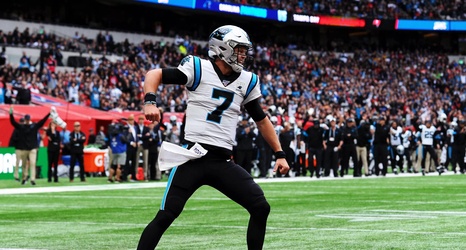 The San Francisco 49ers will face a backup quarterback Week 8 when the team hosts the Carolina Panthers. Head coach Ron Rivera said Cam Newton will be working with trainers this week and continuing his rehab and might be in and out of practice working on the side. Rivera also said that Kyle Allen would get his fifth start of the season. Carolina is coming off a bye week, so they’ve had time to prepare for the Niners suffocating defense.

Allen lit it up against the vaunted defenses in Arizona and Tampa Bay but struggled against the Texans and the Jaguars.