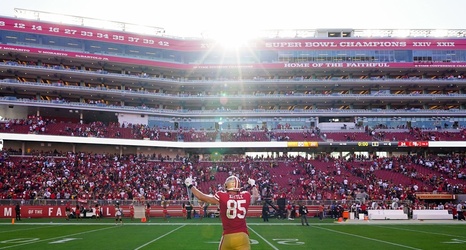 The Niner Noise Podcast, brought to you by the FanSided Podcast Network, is your source for San Francisco 49ers news, in-depth analysis and exclusive player interviews.

With the 49ers in the midst of their early bye week, Niner Noise Podcast hosts Robert Morrison and Chris Wilson break down San Francisco’s come-from-behind victory in Week 3, and evaluate how the Niners were able to overcome five turnovers to defeat the Pittsburgh Steelers in their home opener at Levi’s Stadium.

After discussing the team’s continued defensive domination, and what may be quarterback Jimmy Garoppolo’s finest game to date, the duo looks ahead to the upcoming bye week and previews what to expect from the 49ers over the remainder of the first half of the 2019 NFL regular season.