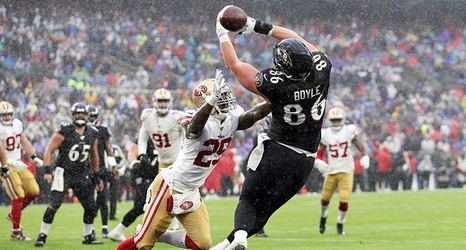 It shouldn’t be too big a surprise the bout between Niner Noise’s last top two NFL power rankings teams, the Baltimore Ravens and San Francisco 49ers, would be such a phenomenal, back-and-forth slugfest between two heavyweights.

The Niners eventually lost in Baltimore 20-17 amid the rainy, wet conditions at M&T Bank Stadium. And it took a game-winning field goal by Ravens kicker Justin Tucker to ensure it with time expiring.

The 49ers’ second loss of the season has an effect on their standings in our Week 14 NFL power rankings.