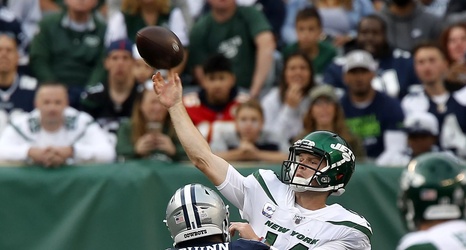 The New York Jets host the undefeated New England Patriots on Monday Night football. The Patriots are nine-point favorites, despite being on the road. The total for this game is 43.5, so Vegas is expecting New England to win around 26-17.

Sam Darnold led the Jets to their first win over the Cowboys last week. New York comes into the game with 13 players listed as questionable or doubtful. Banged up against the Patriots isn’t the recipe for success. Five of them are offensive linemen, and New England has been great against the run this season.