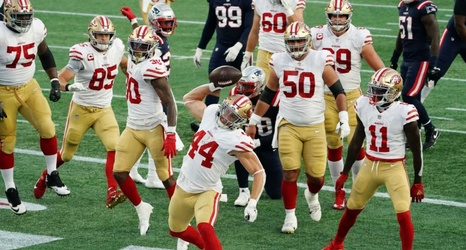 The SF 49ers were successful on both sides of the ball versus the Patriots, but there’s an unsung offensive hero who needs to be given his due.

When you blow out a team like the SF 49ers did the New England Patriots on Sunday afternoon, there is rarely a shortage of players who could be called out among the guys who stood out as being key to victory.

In the case of the SF 49ers’ 33-6 drubbing of the Pats in Foxboro, those names include the obvious players like quarterback Jimmy Garoppolo, running back Jeff Wilson, wide receivers Deebo Samuel and Brandon Aiyuk, tight end George Kittle, linebacker Fred Warner, and essentially the entire defensive backfield.