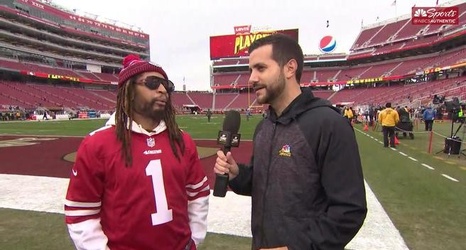 It's been eight years since the 49ers hosted the NFC Championship Game, so the stars have turned out for the huge game Sunday at Levi's Stadium.

The sidelines were packed with local sports stars before the game between the 49ers and Packers.

Even Klay Thompson has to duck for the cameras pic.twitter.com/tLp4X6z2g3

Sharks stars Erik Karlsson and Timo Meier are in attendance to cheer on the "lovely 49ers.