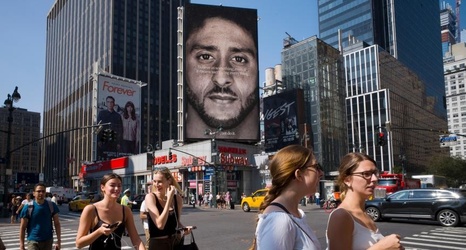 Steelers quarterback Ben Roethlisberger is out for the season with an elbow.

Saints quarterback Drew Brees is out for six weeks with a hand.

Dolphins quarterback Ryan Fitzpatrick is suffering from an incomplete understanding of how to play quarterback in the NFL.

In other news, Colin Kaepernick’s phone is ringing off the hook.

No, those aren’t personnel executives from Pittsburgh, New Orleans and Miami beseeching the former 49ers quarterback to Save Our Ship. They’re well-wishers who just heard that Nike’s “Dream Crazy” spot was named the outstanding commercial at the Creative Arts Emmys. The ad features Kaepernick exhorting all of us to think big and aim high.