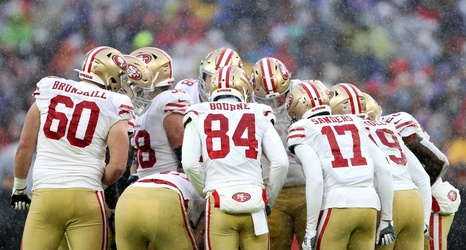 Just like the San Francisco 49ers‘ Week 10 overtime loss to the Seattle Seahawks, it’s tough to swallow another defeat, this time in Week 13 at the hands of the red-hot Baltimore Ravens, who upended the Niners 20-17 after a game-winning field goal by Ravens kicker Justin Tucker with time expiring.

Fans being fans, there are going to be complaints. Perhaps it’s centered on head coach Kyle Shanahan making some poor play calls. OK, perhaps. But he also dialed up some beautifully executed plays in the game, too. Maybe some fans will question whether or not quarterback Jimmy Garoppolo can put the team on his shoulders.