If the Seahawks win Monday night, the 10-2 Niners are suddenly a wildcard team 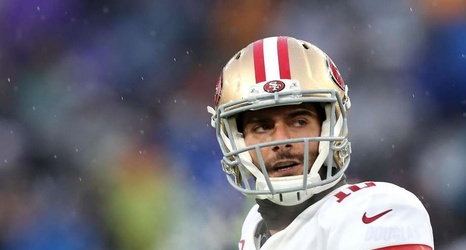 Even after Sunday's last-second 20-17 loss to the Baltimore Ravens, the San Francisco 49ers are still tied for the best record in the NFL along with the New England Patriots, the New Orleans Saints, and the Ravens.

But Monday evening, the Niners could feasibly slide from a tie for the top record in the NFL and a first round by in the playoffs to... fifth in the NFC and in line to play a wild card game on the road?

It turns out that the answer is yes. A win for the Seattle Seahawks over the Minnesota Vikings Monday night would move the Seahawks into a tie with San Francisco for the top spot in the NFC West, and give Seattle the nod thanks to their tiebreaker over the 49ers.