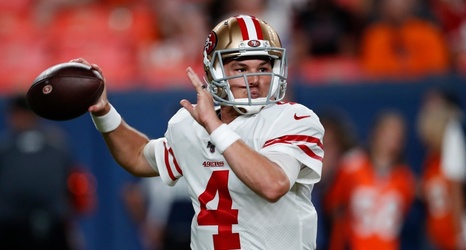 MIAMI — With a matchup against the Kansas City Chiefs approaching, studious 49ers backup quarterback Nick Mullens was too busy sifting through the team’s game plan to look back at Super Bowls of the past.

If Mullens is pressed into action on Sunday, he admitted he didn’t know if he would be following in the footsteps of any other second-string quarterbacks.

“I’m kind of curious about that actually,” Mullens said. “But I’ve stuck to what’s important this week and that’s the game plan for Sunday.”

It’s been 49 years since Earl Morrall replaced an injured Johnny Unitas in the second quarter of Super Bowl V.