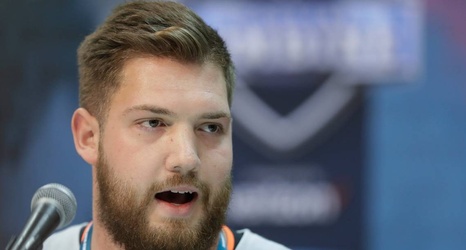 Few job applicants are scrutinized more than prospects entering the NFL Draft. Even Jonah Williams, arguably the best tackle in college football in 2018 playing for juggernaut Alabama, is subject to questions about his viability in the NFL.

Williams is out to prove his play can quell his skeptics. The former Folsom High School star didn’t allow a sack in the regular season last fall and could be the first offensive lineman off the board in April’s draft.

This week, as Williams is measured, prodded and questioned by NFL teams and media members, his arm length became a talking point, leading some to believe he doesn’t have the levers to play tackle at the next level.