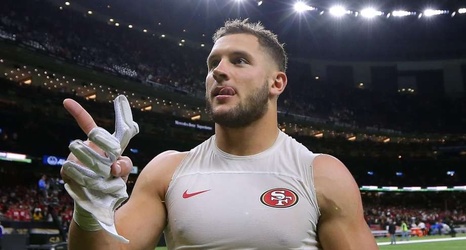 There's a greater than 99% chance the 11-2 San Francisco 49ers will make the playoffs this season.

But thanks to a 28-12 Los Angeles Rams win against the Seattle Seahawks on Sunday night, that percentage chance of making the postseason still isn't 100. (The 49ers would have clinched a playoff berth with a Rams loss.)

So what exactly represents that less than 1% chance? Well...