Golden Nuggets: The backtracking on Mac Jones to the 49ers has begun 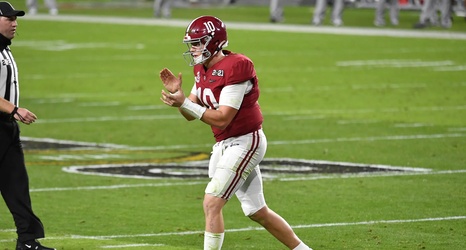 In today’s nuggets, you’ll read about expectations for DeMeco Ryans in his first year, why Ian Rapoport says don’t pencil in Mac Jones to the 49ers just yet, a story about Phillip Adams, Ohio State head coach Ryan Day on Justin Fields’ best fit, and an NFL Draft analyst making a case for Trey Lance.

Not the case the Ryans.

Ryans an inexperienced former linebackers coach, likes Saleh. But Ryans is taking over a defense that ranked top 5 in the NFL last season without Nick Bosa, and ranked No. 2 in the league the season before that when it had Bosa.