Four matchups to watch against the Kansas City Chiefs 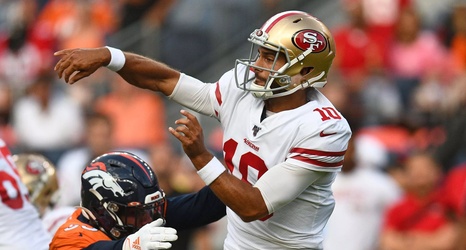 After 335 days, quarterback Jimmy Garoppolo and the San Francisco 49ers return to Arrowhead Stadium to take on the Kansas City Chiefs. The last time that the 49ers’ franchise quarterback was on this field, he couldn’t finish the game, leaving with a torn ACL, followed by months of rehab.

As Garoppolo steps onto the turf on Saturday, he has got a lot of expectations on his shoulders, especially after a disappointing debut performance in Denver on Monday Night Football. The former Patriot should have thrown two interceptions and only accounted for one completion that went for no yards.