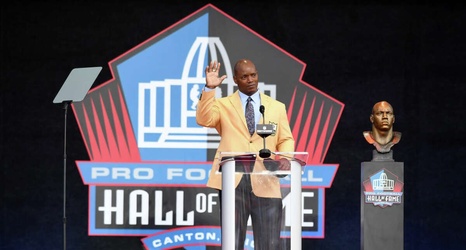 Young spoke of his son as a joyful child with many interests, including football, and described how Colby fought bravely in the face of a cancer diagnosis even as his condition turned terminal.

“Colby, you live on in our hearts. We will always speak your name,” said the elder Young, prompting a standing ovation from the crowd.

In response to the tragedy, Young discussed how community, including his “brothers” from the 49ers, has come to mean so much to him. “In an isolated world, personal connections matter more than ever,” said Young.