Focus on New Orleans: Why 49ers may be relieved to face Drew Brees 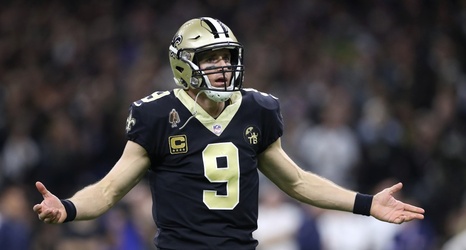 As crazy as the premise may sound, the 49ers could be somewhat relieved to be facing Drew Brees on Sunday.

Sure, you can probably count on one hand using none of your fingers the teams who have looked forward to facing the Saints’ quarterback during his 19-year career. Then again, it’s doubtful any team has run through the elusive-quarterback gauntlet the 49ers have the past month.

Considering 49ers defenders have spent their last four games chasing the likes of dual-threat quarterbacks Lamar Jackson, Kyler Murray and Russell Wilson, as well as play-extender extraordinaire Aaron Rodgers, they may appreciate the singular approach to stopping the 40-year-old Brees.