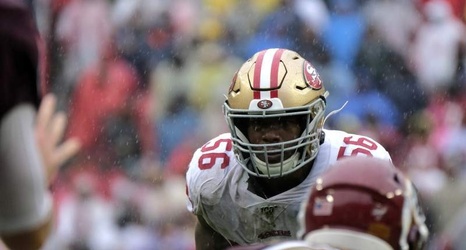 Is it my imagination, or are the 49ers the subject of more draft-week trade rumors than ever this year? This could mean that John Lynch and Kyle Shanahan are feeling more comfortable in their NFL wheeling and dealing in Year 4, or that NFL reporters have too much time on their hands as they sit at home in their robes.

The last few days have placed at least six current 49ers players on the dreaded trading block, if you believe what you read. Let’s take a look at how realistic those scenarios are.

MATT BREIDA: ESPN’s Jeremy Fowler started the ball rolling – that is not a dig at Breida’s fumbling problems last year – when he said, “Running back Matt Breida is believed to be on the trading block as the odd man out in a crowded tailback crew (he would welcome the fresh start too)” as part of a longer draft update.