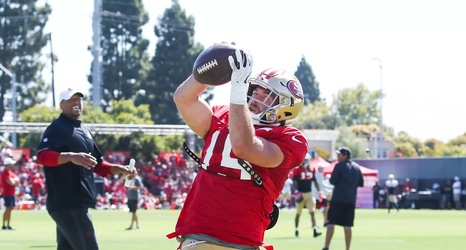 When the San Francisco 49ers announced that Trent Taylor broke his pinky toe a week and a half ago, there was a collective sigh of disappointment. Taylor was the player that Kyle Shanahan described when he said numerous times that he wants one of the wide receivers to separate from the pack. Taylor was the security blanket for Jimmy Garoppolo early on in training camp, and kept the offense ahead of schedule.

ESPN recently did a piece where the beat reporter for each team highlighted the MVP.