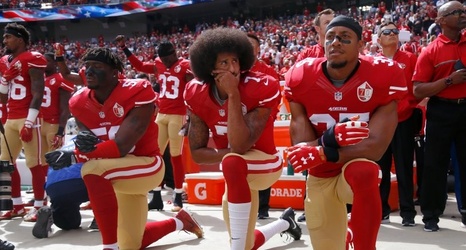 The collusion grievance of former 49ers Colin Kaepernick and Eric Reid brought against the NFL was resolved Friday — not with a bang, but with a confidentially agreement.

“For the past several months, counsel for Mr. Kaepernick and Mr. Reid have engaged in an ongoing dialogue with representatives of the NFL,” read a joint statement between the league and the players’ attorneys emailed to media outlets. “As a result of those discussions, the parties have decided to resolve the pending grievances. The resolution of this matter is subject to a confidentiality agreement so there will be no further comment by any party.