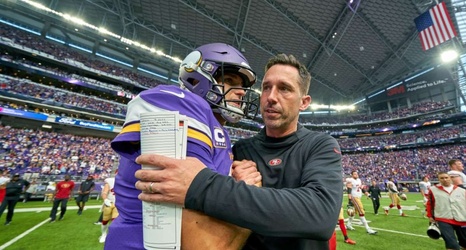 According to ex-Washington Football Team coach Jay Gruden (brother of the disgraced Jon Gruden), the San Francisco 49ers were dangerously close to a franchise-altering trade that would have potentially prevented them from moving up to No. 3 in the 2021 NFL Draft.

On "The Kevin Sheehan Show," Gruden spoke openly about the bad blood between 49ers coach Kyle Shanahan and Washington Football Team's owner, Dan Snyder, as well as its former general manager, Bruce Allen. Shanahan was on his father Mike Shanahan's coaching staff in Washington from 2010 to 2013 before being summarily fired (along with his dad and others).