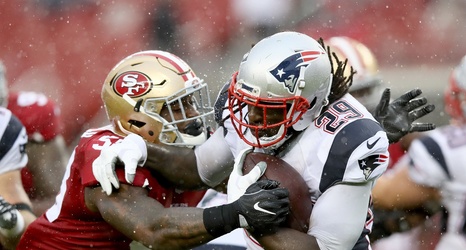 If you subscribe to the idea “defenses win championships” and think the San Francisco 49ers and New England Patriots are on a collision course for Super Bowl LIV, this is the statistical breakdown piece for you.

While there are many reasons why both the Niners and Pats remain undefeated through eight weeks, both teams’ defenses have shone by far above the rest, easily staking claims as the best defensive units in the league at the halfway point of 2019.

The Patriots, having played one more game than San Francisco, have allowed just 61 points on the season, which makes them owners of the No.