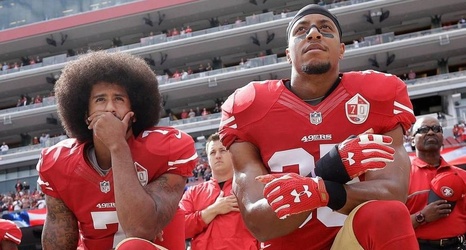 This is a developing story.

The collusion case brought on the NFL by former 49ers Colin Kaepernick and Eric Reid has settled.

Attorney Mark Geragos and the league issued a joint statement on Friday announcing the resolution of the case initially filed by Kaepernick in 2017 because he remained out of the league following his protest of racism and social injustice by kneeling during the national anthem during the 2016 season.

“For the past several months, counsel for Mr. Kaepernick and Mr. Reid have engaged in an ongoing dialogue with representatives of the NFL,” Geragos wrote.