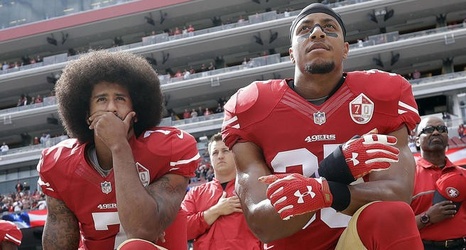 Colin Kaepernick and Eric Reid have settled their collusion grievances against the National Football League with a confidential settlement, lawyers representing both men and the NFL announced Friday in a joint statement.

“For the past several months, counsel for Mr. Kaepernick and Mr. Reid have engaged in an ongoing dialogue with representatives of the NFL," the statement read. "As a result of those discussions, the parties have decided to resolve the pending grievances. The resolution of this matter is subject to a confidentiality agreement so there will be no further comment by any party.”

Kaepernick, 31, has remained out of the NFL since the end of the 2016 season.