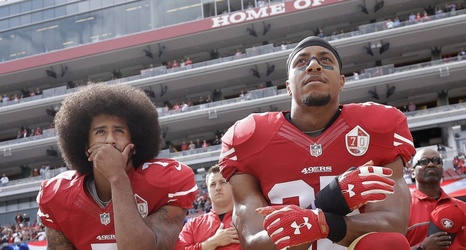 Colin Kaepernick and Eric Reid have agreed to a settlement in their collusion case against the NFL. The terms of the settlement are confidential.

Both Kaepernick and Reid had sued the NFL for colluding to keep them out of the league. Reid currently plays for the Carolina Panthers, but Kaepernick hasn’t played for an NFL team since 2016.

Here’s a joint statement from the NFL and Mark Geragos, the attorney for Kaepernick and Reid: “For the past several months, counsel for Mr. Kaepernick and Mr. Reid have engaged in an ongoing dialogue with representatives of the NFL.