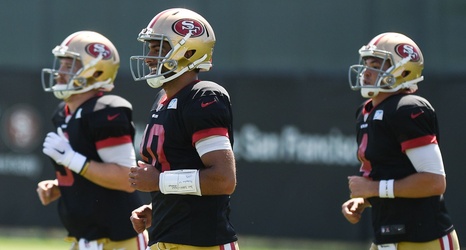 Meanwhile in the rest of the NFL, teams are cutting down to their own 53-man roster. The Bills released LeSean McCoy proving that Frank Gore just doesn’t get cut and the Denver Broncos have released backup quarterback Kevin Hogan.

I bring the Broncos up due to them having Rich Scangarello as offensive coordinator. If you remember, he was Kyle Shanahan’s quarterbacks coach for the 2017 and 2018 seasons before leaving to take the Denver job under Vic Fangio.

The Broncos quarterback situation has Joe Flacco and not much else.