Breaking down the missed opportunities on offense in the Super Bowl loss: Garoppolo’s lack of vision and Shanahan’s play calling 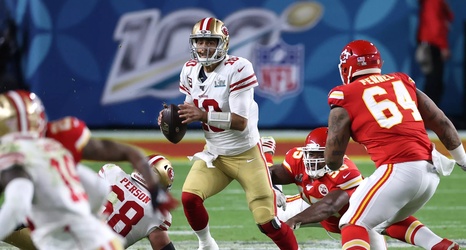 The 49ers lost their second Super Bowl since 2013, their seventh overall appearance in the big game, by a final score of 31-20. It was their first double-digit loss this season in a game that by all appearances was very winnable for three and a half quarters until a series of unfortunate cascading events beginning at the 7:13 mark of the fourth quarter. In the end, the Chiefs roared back in the last half of the fourth quarter with three touchdowns on three drives.

In their previous playoff games, the Chiefs rallied late in the first half after falling behind to the Texans and Titans.