All signs point to 49ers, Seahawks winner-take-all game in Week 17 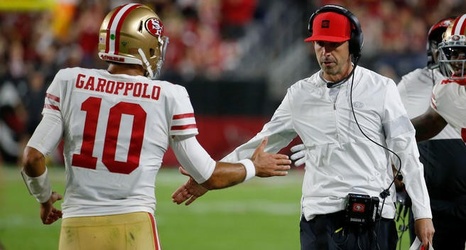 It can be very simple for the 49ers.

According to the NFL, neither the 49ers nor the Seattle Seahawks can clinch the NFC West this week. Both teams have already assured themselves of spots in the playoffs.

If the 49ers win their next two games, they will win the NFC West and earn homefield advantage throughout the playoffs.

But even with a home loss to the Los Angeles Rams on Saturday night, it could still set up a winner-take-all game for the 49ers and Seattle Seahawks in Week 17 for the NFC West title.

But homefield advantage – or even a first-round playoff bye – becomes a lot more tenuous if the 49ers were to stumble at Levi's Stadium this weekend.