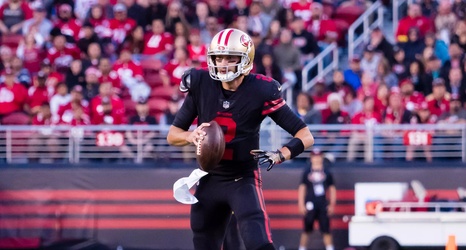 The San Francisco 49ers have only made the playoffs four times in the previous 10 NFL seasons and are tied with the Green Bay Packers for the most NFC Championship appearances out of any team in the conference over that time.

The Niners’ bullied their way into the upper-echelon of the NFL when Jim Harbaugh took over in 2011. Prior to Harbaugh’s hiring as head coach, the 49ers had missed the playoffs for eight straight years.

That changed in a big way when Harbaugh made the jump to the pros from Stanford.