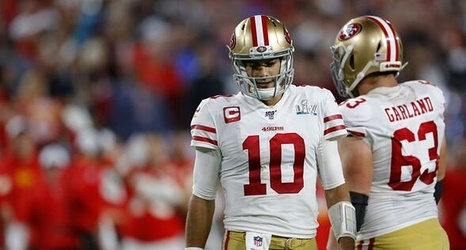 The San Francisco 49ers held a 10-point lead over the Kansas City Chiefs in the middle of the fourth quarter of Super Bowl 54.

All signs pointed to the Niners favor until Chiefs quarterback Patrick Mahomes threw a pass to wide receiver Tyreek Hill, and the Chiefs were able to convert on 3rd-and-15 to keep the drive going.

All of the momentum shifted to the Chiefs’ favor real quickly right after that. Four plays later, the team finished the drive with a touchdown. The 49ers got the ball back but quickly went 3-and-out on the drive and the Chiefs scored another touchdown within seven plays.