49ers-Washington final score: Despite elements, 49ers get a win thanks to now-unreliable leg of Robbie Gould 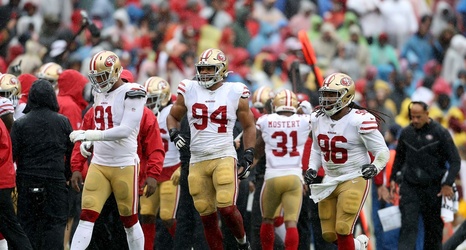 What an ugly ugly game. The offense was ugly, the field was ugly, Washington was ugly. Everything was ugly, but the 49ers managed to get out of FedEx Field with a win, 9-0. Kyle Shanahan did not get a chance to run up the score, partly because the offense didn’t play well and mostly because the weather was neither the 49ers’ or Washington’s friend. THere were no touchdowns, just three field goals and an ugly, ugly game, but the 49ers have a win. In a game that miserable, you can’t hold the entire thing over the 49ers, but the offense did not have its greatest day.