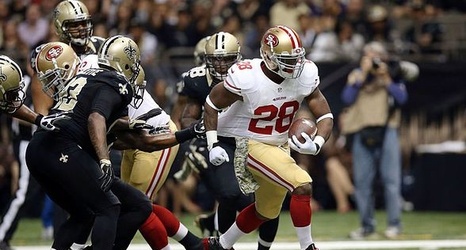 After losing their second game of the season on Sunday to the Baltimore Ravens 20-17, the San Francisco 49ers are seeking to improve their record yet again when they visit the Mercedes-Benz Superdome in New Orleans against the NFC-leading Saints.

Over the last decade, this has been a matchup that has produced some great moments, including the 2011 NFC Wild Card game, which ended on former Niners tight end Vernon Davis’ “The Catch III.” And the so-called Drew Brees “Rubber Neck” game in Week 11 of the 2013 season, where a sack fumble of Brees by then-49ers linebacker Ahmad Brooks was overturned by a roughing-the-passer penalty, due to the way the Saints quarterback’s neck bent on the hit.