49ers Tevin Coleman is in danger of losing starting role 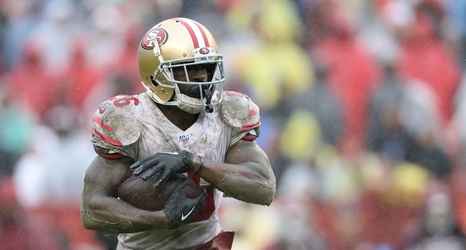 Signed by the San Francisco 49ers during this year’s free agency period, running back Tevin Coleman was expected to bring some explosiveness to the Niners running game. And while Coleman has shown flashes of brilliance, he has also struggled in recent weeks with his production.

Coleman has shared both snaps and starting duties with injured running back Matt Breida for much of the season. However, with Breida out of action for some time now, those starting duties have fallen solely on Coleman.

With the extra game time Coleman has seen, one would expect an increase to his rushing yardage.