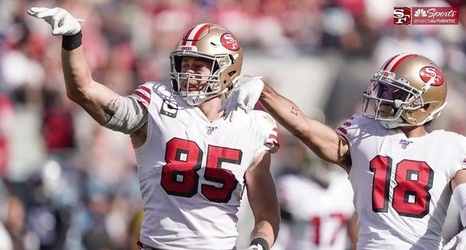 The 49ers’ four-game preseason schedule is set, highlighted with an Aug. 21 game against the Las Vegas Raiders at Levi’s Stadium.

It took the Raiders moving to Southern Nevada for the teams to renew their preseason series.

The clubs have not met in the preseason since Aug. 20, 2011 – a night that was marred by fan violence at Candlestick Park. Two men were victims of a non-fatal shooting, another man was beaten unconscious in a restroom and numerous fights erupted in the stands.

The teams met twice in the regular season since the preseason series was postponed.