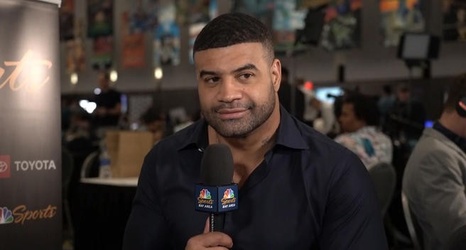 Shawne Merriman knows what to look for in a Defensive Rookie of the Year, having won the award himself after entering the NFL as a first-round draft pick in 2005. He amassed 45.5 sacks over an eight-year career with the San Diego Chargers and Buffalo Bills, over which he frequently lived up to his "Lights Out" nickname. Merriman retired following the 2012 NFL season, but was at the 2019 NFL Draft to announce the Chargers' second-round pick.

That's when he got acquainted with the newest Pepsi NFL Defensive Rookie of the Year -- 49ers edge rusher Nick Bosa.